GAMEFI IS NOT ONLY FOR ENTERTAINMENT 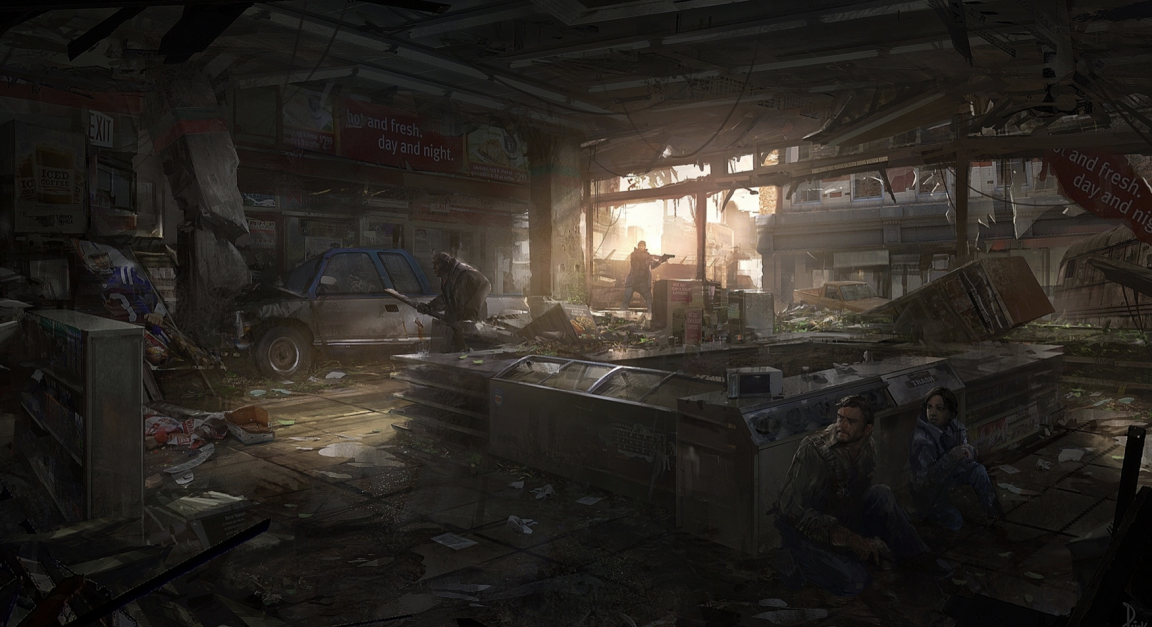 "The virtual world of the future is heaven. We are gods and we control everything. This kind of beauty is hard to describe in a few words. I just imagine the real world at that time. In the beginning, there will be a few people in reality，but in the end... Everyone want to stay in reality will rush to upload themselves. The earth gradually turned into a desert, and in the end, there was no one in reality. The world returns to what it was before humans appeared, forests and vegetation cover everything, Animals are roaming and flying freely...just in a corner of the earth, there is a deep basement, hiding the world's largest computer, and tens of billions of virtual humans live in the computer. "

Explore the future world from Gamefi

Nowadays，the most popular in the encryption industry is GameFi, where NFT and DEFI are combined with online games based on block-chain technology.

Many traditional online games use the "Pay-To-Win" model, which allows players to purchase equipment upgrades to obtain different skills than others.

GameFi introduced-Play-To-Earn "game is to win" mode. This concept includes giving players economic incentives, players can participate in cryptocurrency-based assets (NFT) games, the items obtained in the game can be traded or sold on the open market, which is an important

change in the game world. 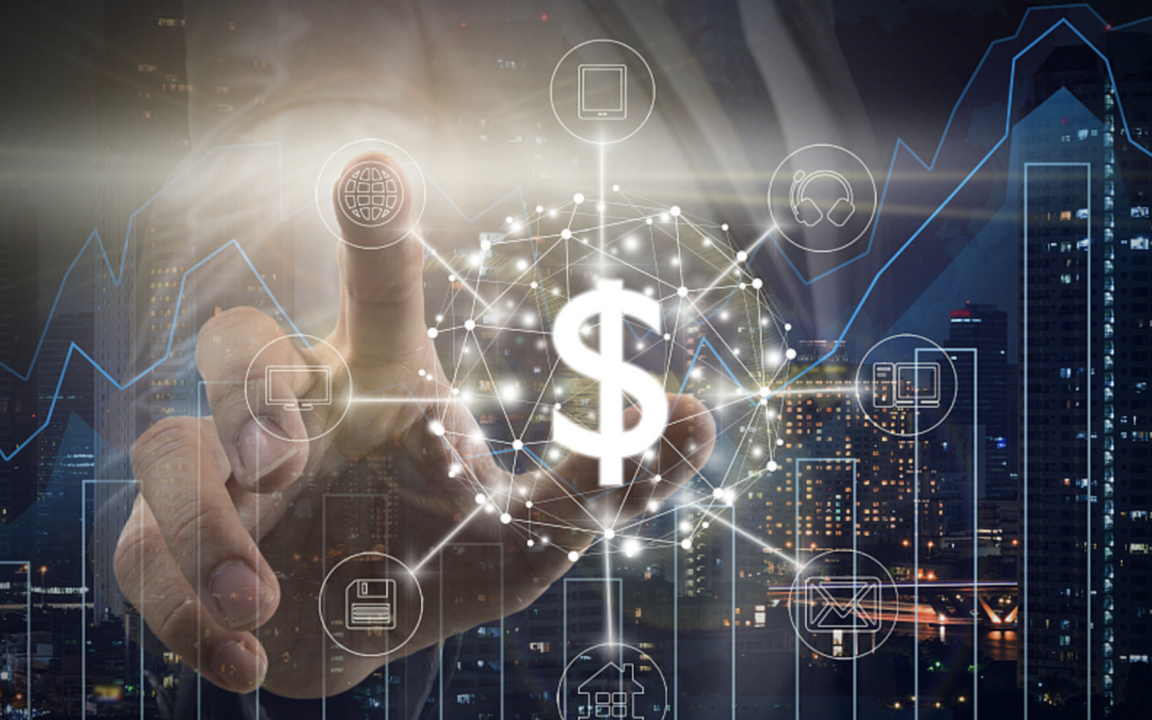 Everything in the game is displayed as NFT, which is used to prove the exclusive ownership of rare and intangible digital tokens. In the game, all the items you get (weapons, coins, clothing, characters, etc.). These exclusive digital tokens can be traded with others in the digital market to obtain different NFTs, or they can be sold for cryptocurrency.

According to the type of game being played, the user can upgrade and perfect the game character by investing time. Game developers allow and encourage the creation of additional experiences based on the core experience of the game, which means that players can create profitable structures in their own fields, allowing other players to pay for them, or compete with others in game competitions to increase income potential.

In order to track the items owned by each player, all NFT and cryptocurrency transaction data are stored on the public blockchain. This is a distributed digital record-keeping technology jointly maintained by a global computer network. In the game, the use of this technology can provide a lot of benefits, the player in the game can easily prove the ownership of the items in the game. There is no single point of failure, which means that if the underlying game company encounters a technical problem, players will no longer face the risk of losing their possessions. All items accumulated during the game cannot be forged, removed or destroyed. You can send and receive game native cryptocurrency without intermediary settlement or escrow.

How to participate in GameFi

In order to participate in GameFi, you need to perform the following actions:

Used to store virtual currency and NFT, and conduct in-game transactions. Which wallet is needed depends on what is blockchain built on. For example, MetaMask is a crypto wallet based on Ethereum (will be suitable for any GameFi game built on Ethereum).

All GameFi games can be downloaded for free. But many games require to purchase characters, native encrypted tokens, cards or upgrades before they can start.

Players need to deposit specific cryptocurrencies in the crypto wallet in advance. In order to purchase entry props and start the next step.

For players who want to participate in blockchain-based games and start earning cryptocurrency and NFT, this game can give it a try.

The purpose of the "Magic Of Universe" game is to allow every player to obtain economic benefits in the game. Players can "withdraw cash at any time" through the pancake trading system.

"Magic Of Universe" is a simulated operation + combat chain game based on the "Play To Earn" mode of encrypted assets. It is based on the BSC public chain in the early stage, and will open more chain-method and cross-chain applications in the future.

Benefits: In "Magic Of Universe", a unique and advanced dual public chain mechanism is adopted. BSC is technically independent, supports EVM, and is compatible with Ethereum. For player, while easily completing the transfer, they can also enjoy the advantages of fast block generation and low handling fees. Game tokens include CRA, BNB and MGC. CRA can charge the illusion, and each battle need to consume the corresponding illusion energy. Both MGC and BNB can be used to buy fantasy and hero, and can also be sold in the market and exchanged for U.S. dollar. Both MGC and CRA can be obtained through Pancake trading. NFTs such as brave, fantasy, gold coin, fruit can also be sold in the market and transferred to other player, thereby earning more MGC income. In the game, the number of illusion and the number of layer directly affect the player's income. As the development of the scene improve the corresponding income detail, 3-10 layers can complete 2 battles a day to obtain the corresponding value of the token MGC, and the hero's daily output the currency is about 3.3%. Upgrading the illusion consumes MGC, and the output is MGC. It is expected to pay back in about 30 days. Illusion upgrade help reduce CRA consumption.

Good Experience: "Magic Of Universe" also has its own characteristic in terms of trick.

Player can choose to join a camp, select and purchase NFTs such as characters and equipment in the market, form their own mercenaries to fight against other players or complete game task. You also need to strategically cultivate your own mercenary role, upgrade your roles and equipment through game tokens, and transform them into a combination that suits your strategy. Character accounts can be sold and transferred to other players in the market to earn more token income. Before the game starts, you can use US dollars to buy MGC, or BNB to buy two MGC combatants as admission tickets to the game. There are a total of 10 phantoms, BNB and MGC purchase phantoms and two combat divisions cooperate to obtain MGC or treasure chest rewards through highly competitive PVP activities and high-level PVE. If you want to increase the incentives after winning PVP and PVE, you need to increase the number of illusions and the number of layers

What The Direction of GameFi

"GameFi will be the next big event that makes DeFi, NFT, and the larger encryption space easy to understand and participate in."

Crypto companies and game companies are already racing to follow this explosive trend.

A long list of new games are ready to be launched in the coming months, including: Magic Of Universe, Star Atlas, Ember Sword, Guild of Guardians, The Sandbox, Dr Who: World’s Apart.

There are also some game platforms under construction, such as Magic Of Universe. It allows people to create their own interoperable games and NFTs. It also integrates DeFi elements such as liquidity pools and staking so that gamers can get income from their assets, These revenues can be used to purchase upgrades or generate keys to unlock treasure chests containing new NFTs. The development of the GameFi world does not seem to slow down in a short period of time.

With the influx of new investments and specific funds for GameFi, the potential in this field is unlimited.